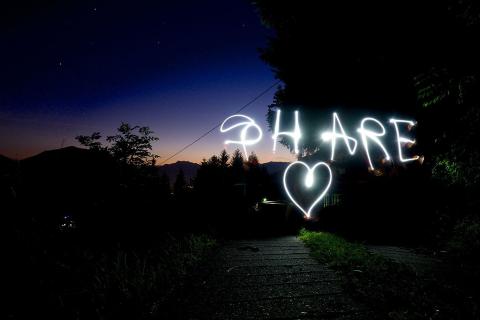 Wikidata unlocks fifteen years of data collection and curation by volunteers to create a language-independent, linked, open, and structured database that is usable and friendly for both people and computers. Wikidata allows our volunteer communities to unleash the truly multilingual and global collaboration of Wikipedia, so that we can index and describe topics as diverse as food, paintings and medicine for a global community, not just for a particular language or region.

Wikidata serves more than the relationship between Wikipedias and the language communities that the Wikipedias serve. Wikidata can connect other databases and collections of information, allowing computers and software to see connections between hundreds of data sources. Several presentations at Wikimania focused on these major benefits Wikidata can have for our partnerships with cultural heritage organizations.

Structured data through Wikidata allows us to collaborate with GLAMs at a scale we never could have realized before, building upon nearly a decade of experience with 100s of active partnership as part of the GLAM-Wiki program, our outreach to Galleries, Libraries, Archives and Museums (GLAMs), and other communities that preserves our world’s heritage through projects like Wiki Loves Monuments and the Wikipedian in Residence at UNESCO.

The best way to collect and keep track of a collection of cultural heritage objects is to describe those materials with structured information, called metadata. GLAMs use many different standards for collecting this data because it makes the collections more usable and searchable in their local context.

This effort is spearheaded by the organizations which centralize and aggregate data collections, like Europeana, DPLA, and Trove. But Wikidata fills a gap in this activity: volunteers can connect the objects in any one collections from around the world into a even broader, global context, integrating new pieces of information with Wikipedia and other research databases.

What if we collected all the paintings?

The GLAM community is excited because Wikidata could become a database that covers the entire world’s cultural heritage—connecting with the material found on institution’s websites, to create a single shared record that can be searched in one place while taking advantage of the expertise at each organization.

Most GLAMs don’t have enough staff to ensure that there is sufficient metadata for all the items in their own collections due to the ever-growing pressure on public funding. This reduces time for researching background information about artists, writers, and other creators. Most major institutions will hold works by hundreds, if not thousands of artists. Wikidata allows us to connect all of the databases that talk about each author, allowing the institutions to benefit from the research done by other cultural heritage organizations and websites.

Imagine a single catalogue containing all of the world’s paintings! People passionate about art, from experts to students of art history to people trying to plan their next trip to a museum would be able to decide the best museum for their interests, start conversations with museum experts who care, and learn about objects that they would never see in an exhibition. Our Wikimedia volunteers have already started working towards that goal: it’s called “WikiProject Sum of All Paintings”.

Through this, project editors like Maarten Dammers, one of its leaders, are working with fine art collections from around the world to make them more accessible. For Maarten, the goal is “getting an item for every notable painting”.

The Sum of All Paintings team has already finished dozens of collection catalogues from around the world–from the Finnish National Gallery to the Metropolitan Museum of Ar, to the Art Gallery of New South Wales in Australia. Recently that included a project led by Sandra Fauconnier from Belgium. With the help of volunteers like Dammers, she worked with eight major Flemish art museums and collections to sync their entire art collections to Wikidata. They had a huge success: the project connects the whole network of the Belgian museums to arts data from around the world making that community a premier case study in how we build our growing global catalogue.

The same team has the ambition to link each notable painting to its creator and its collection. Notable paintings in private collections are added to Wikidata based on existing articles about those paintings, Wikimedia Commons uploads from notable auction houses, and work done on artist catalogs. In perspective, nearly a hundred years ago an art historian decided to update cataloging by a nineteenth-century art historian on seventeenth-century painters. Jane Darnell has in turn started updating that work on Wikidata in 2016.

A map indicating where all of the Paintings currently in Wikidata can be found. Screenshot, generated with this query.

Once artist catalogs and art collections enter Wikidata they become part of a much larger context. With a simple query to Wikidata one can find patterns and information about groups of paintings by artist and collection that would otherwise not have been possible. According to Fauconnier, “we can now map where the world’s paintings are (see interactive map above), or create visualizations which indicate patterns about what the artworks depict, or create full catalogues for individual artists, with just a few lines of code.”

If museums or other organizations want to improve the contextual research about these works, with a few lines of code, we can organize a competition that calls on researchers to do just that. Early this year Europeana, ran just such a competition for the 280 artworks in the Europeana 280 project, which worked on describing ten artworks from each of 28 EU countries, in nearly all of their official languages.

For the less technically oriented, the GLAM community can now offer web applications which utilize this data, allowing quickly filtering by sets of materials as they are available. Volunteer developer and art history technologist Benoît Deshayes has developed a proof of concept universal catalogue app called Crotos. With Crotos almost anyone can take advantage of the work being done by Sum of All Paintings volunteers, exploring over 40,000 paintings and 14,000 other kinds of art in the collections.  Suddenly, the world’s art museums are at your fingertips, for no cost, and with no access barriers!

Human cultures perpetually shape the world around them, and we express that relationship through music, arts, dance, play, and any number of other forms; each of these are ways of relating to the larger world and sharing our collective heritage. The Wikimedia Community is constantly working to share that knowledge and preserve this broader heritage–not just what is contained in Museums and Archives but under the much broader scope defined supported by UNESCO.

Spearheaded by the teams who created Wiki Loves Monuments (a photo competition to take pictures of all the world monuments) and Wikimedia Sweden, the Connected Open Heritage community is bringing together tools that allow cultural heritage beyond museum collections to enter Wikidata and enrich their own organizations.  By connecting not only rare items collected by museums but also the myriad other ways in which heritage is enshrined in our culture, we can create a unified index of our cultural memory.

Already, the Wikimedia community is working actively to start the process of integrating this data. Take for example, the recent partnership with UNESCO, spearheaded by Wikipedian in Residence John Cummings. As part of the project, UNESCO is asking Wikimedians to improve the data and description of natural heritage sites that are listed as Biosphere reserves. Integrating these protected sites into Wikidata, lets us find out which sites haven’t been covered on English or other language Wikipedias and share them with the public. Without this visibility, and an opportunity to learn about this preservation program, these natural sites could be ignored by the larger community.

Similarly, TED talks inspire people throughout the world to expand their minds and change their perspectives on the world. A recent partnership with TED Conferences, an organization that hired two Wikipedians in Residence, used Wikidata to make sure that TED talk speakers are covered in Wikipedia. By connecting TED speakers with Wikidata, we can begin to analyze how these inspirational speakers are connected to the larger world of business, philanthropy, science and other parts of our culture. Equally, TED can enrich their data by linking to Wikidata. For example they might adjust the tense of their short TED speaker bios when reconciliation indicates that a speaker is considered dead on Wikidata. A recent writing challenge resulted in over 500 articles in the Wikipedia family of language projects being enriched with photos of TED speakers.

These records can come back and feed the databases of the cultural heritage organizations as well. Yle, the national public broadcaster of Finland, has started using this network of Wikidata concepts to tag their broadcasts in their digital archive. By connecting their productions with Wikidata they not only tag their works, making them easier for search, but they also connect them to the vast, multilingual body of knowledge created in Wikipedia and Wikidata. As a result, Yle is actively enhancing their efforts as cultural professionals and embedding Wikidata improvements into the daily activities of their editors, unlocking their knowledge for the next organization.

On English Wikipedia, there is an essay that describes how the global community has a deadline for collecting the information in the world, as that heritage could be lost due to war, disaster, extinctions or any number of unpredictable happenings. Wikidata has the opportunity to help connect the materials which most need acknowledgement, preservation, and documentation. GLAM professionals have masterfully collected and researched much of the world’s cultural heritage. It is now time to merge these efforts and create one place where paintings, biosphere reserves, inspirational ideas, and every bit of our culture can be connected into one network.

As a collaborative project, Wikidata is looking for more partners to fill in data gaps. Every one of the initiatives listed above needs help matching data from important collections to existing Wikidata entries, or help for the Connected Open Heritage community in prioritizing the next source of cultural data to target and improve. With so much potential, it is your time to get involved!