Creating a Snapchat Geofilter for your Museum 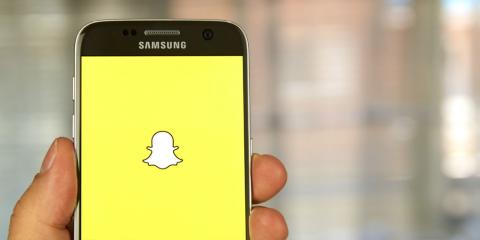 Snapchat is the breakout social network of the past few years, growing to over 300 million users. The average Snapchat user will spend 25-30 minutes on the app daily.

Snapchat allows you to send videos and pictures, both of which will self-destruct after a few seconds of a person viewing them.

It is currently the most popular social media platform amongst teens, though has in the past year seen a surge in growth from over 25-year-olds.

With over 100 million daily users, Snapchat has attracted many museums to its platform. But even if you don’t have the resources to commit to jumping onto yet another social network, you might want to try Snapchat geofilters.

Geofilters are overlays that Snapchat users can apply to their images and videos. As the name suggests, these are geolocated and can only be posted on a snap within the designated physical location.

Snapchat has two kinds of geofilters. Community filters are used to highlight landmarks (no brand logos allowed) and on-demand filters which can be purchased by brands, businesses, or specific locations.

The Children’s Museum of Indianapolis has experimented with Geofilters, and found that it’s a cheap and effective marketing tool.

They have used these to promote exhibitions, fundraisers, and events with budgets ranging from $65 to $200.

The most successful of these Lori Byrd-McDevitt, Manager of Digital Content & Social Media told me was their Museum by Moonlight fundraiser, a highly anticipated evening event for millennials and young parents (the core audience for Snapchat).

Lori has learned that it’s important to tell visitors about the Geofilter, placing signage in the museum, in printed material as well as other social networks rather than expecting them to stumble on to the Geofilters in Snapchat themselves.

If you want to try and create a Geofilter for your museum, just follow these simple steps:

Set up an account for your museum or log into your existing account. Your filter won’t be publically connected to your account so it doesn’t matter if you’re not yet using it, this is just needed to submit a geofilter request.

2) Create a Geofilter For Your Museum On Snapchat

The Snapchat website has a section on Geofilters which will walk you through creating your own custom design or using Snapchat’s templates.

Keep your Geofilter simple and fun. You need to balance promoting your museum (so remember to include your museum’s name or logo) with not totally taking over your visitors images.

One thing that Indianapolis Children’s Museum have tried was asking their teen apprentices to design a Geofilter for them, which is a nice way to get young people involved with the museum in a creative way.

There are some things which you’re not allowed to include in a Geofilter, these include website addresses, hashtags, and social media handles, as well as photographs of people.

The full image should be 1080 pixels wide by 1920 pixels tall with a transparent background and saved as a PNG file with a file size of no more than 300K.

Once your design is complete, upload your image and give it a name.

Now select the start and end dates/times and draw the geofence for your event. The geofilter will display for people whose phones detect that they’re inside that area. Keep in mind that phones don’t always detect a user’s precise coordinates, so it’s best to extend your fence a little outside your museum.

At this point, you’ll be able to see the price, but you won’t be charged until your geofilter is accepted. Approval can take a few days, so submit your request at a week before you need it in case the design is rejected.

As mentioned in the case of The Children’s Museum of Indianapolis, promoting your geofilter is key if you want people to use it.

Tell people about it with signage around your museum, share it on your social media accounts and mention it in press releases.

If you are using a geofilter for an exhibition launch or an event, make sure that your VIP’s know that it exists and encourage as many people to use it and spread the word about your museum.

Geofilters are a great way for museums to reach out to their audiences and potential audiences in a fun and creative way.

While Geofilters do cost money, the investment is very modest considering the potential reach and visitor engagement.

Are you using Snapchat Geofilters for your museum? Is there any advice that you’d give others looking at using these for the first time?